Warning: Attempt to read property "display_name" on bool in /home/customer/www/arcticrisk.org/public_html/wp-content/plugins/wordpress-seo/src/generators/schema/article.php on line 52 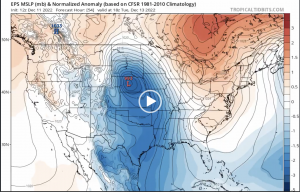 A “meteorological hammer” drops on the USA

Europe is already in the wrath of an Arctic blast, but a "meteorological hammer" is about to drop on the USA as well, gripping all but the westernmost regions in… READ MORE

Europe is already in the wrath of an Arctic blast, but a “meteorological hammer” is about to drop on the USA as well, gripping all but the westernmost regions in days or weeks of below-normal temperatures, supercell thunderstorms, blizzards and nor’easters.

All this extreme winter weather is because the jet stream is in an extremely amplified pattern, with huge swings north and south. Those southerly kinks allow Arctic air to plunge far southward, fueling storms that feed on temperature contrasts and bringing snow to wide swaths of land areas. These amplified jet-stream patterns are expected to occur more often as the Arctic warms much faster than elsewhere, and Mother Nature seems to be on board.

If you’re in the USA and need a warm place to stay, text SHELTER and your ZIP code to 43362.

The Arctic doesn’t just spell cold for the Northern Hemisphere but amplifies risks around the world. For more information on global risks from Arctic warming look HERE. 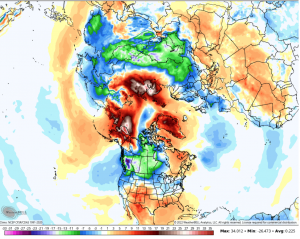 The most northern town in Alaska, Utqiaġvik (71°N) reached 40°F/4.5°C on Monday, more than 37°F above the average high temperature for this time of year. Monday's temperature not only surpassed… READ MORE

The most northern town in Alaska, Utqiaġvik (71°N) reached 40°F/4.5°C on Monday, more than 37°F above the average high temperature for this time of year. Monday’s temperature not only surpassed the previous #December record (34°F) set in 1932 but also exceeded the temp on any date from October 30-April 22 since 1920.

This extreme weather is the result of several conflating factors that are directly related to the rapidly warming northern regions. The volume of sea ice in the #Arctic has reduced by 75% since the 1980s, leading in part to the amplification of Arctic warming. This week’s high is also the result of a strong storm that rapidly compressed southerly winds causing 2m temperatures to skyrocket from 25°F to 40°F in 30 minutes.

This December record is now the fifth all-time record in five separate months since 2015.

This weather has global impacts. To understand these wide-reaching consequences, explore the Arctic Risk Platform. Temperatures in Europe have increased at more than twice the global average over the past 30 years – the highest of any continent in the world. This includes the Arctic… READ MORE

Temperatures in Europe have increased at more than twice the global average over the past 30 years – the highest of any continent in the world. This rapid warming contributes to exceptional heat, wildfires, floods and other climate change impacts that affect society, economies and ecosystems, according to a new report from the World Meteorological Organization (WMO).

The State of the Climate in Europe report states, “Temperatures over Europe have warmed significantly over the 1991-2021 period, at an average rate of about +0.5 °C per decade. As a result, Alpine glaciers lost 30 meters in ice thickness from 1997 to 2021. The Greenland ice sheet is melting and contributing to accelerating sea level rise.  In summer 2021, Greenland saw a melt event and the first-ever recorded rainfall at its highest point, Summit station.”

The report continues “In 2021, high impact weather and climate events led to hundreds of fatalities, directly affected more than half a million people and caused economic damages exceeding US$ 50 billion. About 84% of the events were floods or storms.”

Whilst the EU has cut greenhouse gas emissions by 31% between 1990 and 2020 this does not protect them from the affects of climate change. Specifically rapid Arctic warming amplifies global risks around the planet.

Climate vulnerability discussions often focus on unpreparedness and nations who struggle to fund adaptation and mitigation measures, but this report highlights that even the most prepared regions cannot escape the effects of a rapidly warming planet:

“Europe is also one of the most advanced regions in cross-border cooperation in climate change adaptation, in particular across transnational river basins. It is one of the world leaders in providing effective early warning systems, with about 75% of people protected. Heat-health action plans have saved many lives from extreme heat. 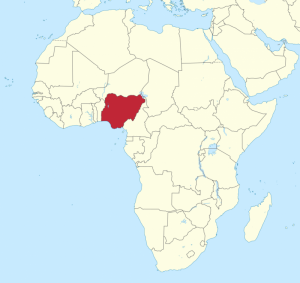 Intense floods like those inundating Nigeria in recent weeks are expected to become more frequent as the globe continues to warm under a thickening blanket of greenhouse gases. … READ MORE

The BBC reports today that “Recent flooding in Nigeria has become an “overwhelming” disaster, and many states were not properly prepared for them despite warnings.”

Intense floods like those inundating Nigeria in recent weeks are expected to become more frequent as the globe continues to warm under a thickening blanket of greenhouse gases.

The Arctic is warming four times faster than the globe, which is melting ice and snow at a rate never-before seen. This loss of white, reflective surfaces means more of the sun’s energy is absorbed, which exacerbates global warming, and in turn increases evaporation from warmer oceans and land into a warmer atmosphere.

That extra moisture is fuelling all storms, including those in Nigeria, making devastating floods more likely.

Flooding in 27 of Nigeria’s 36 states has claimed over 600 lives in “the worst flooding the West African nation has seen in a decade. Some 1.3 million people have been displaced, and more than 200,000 homes have been destroyed.”

This “worse than usual” seasonal flooding has resulted in evacuations, damaged farmland and worries about increased spread of disease and disruption to food supplies.

This disaster comes amidst record inflation levels and an inability for many people to relocate from high risk areas.

For more information on this story visit the BBC. 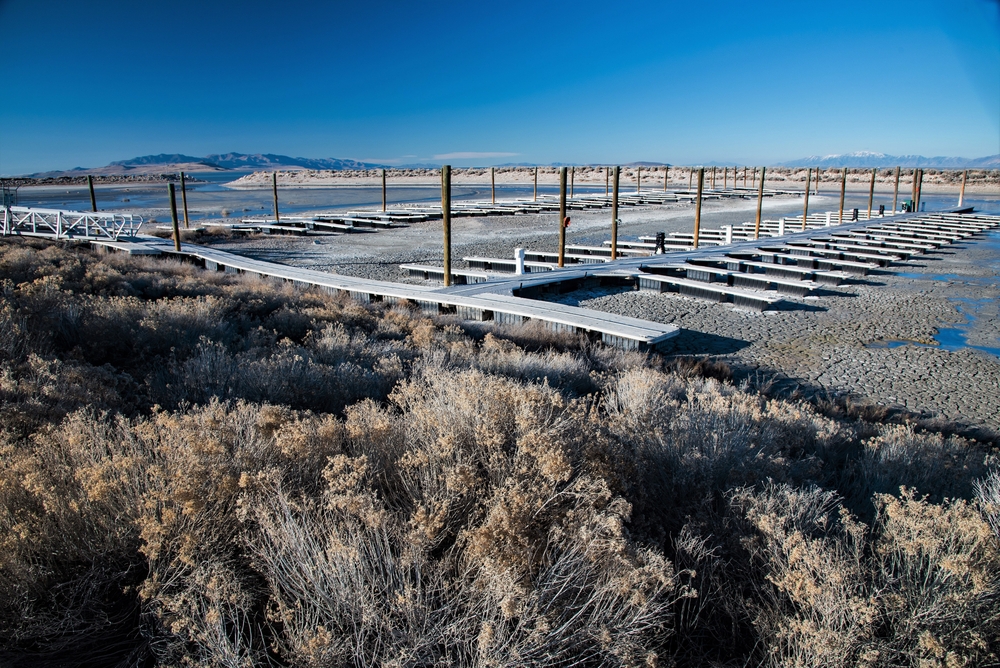 Why Lakes Are Important Resources

The Great Salt Lake is yet another evaporating lake making headlines along with Lake Mead and Lake Powell due to low water levels. According to a report from Brigham Young University , unless measures are put in place to restore… READ MORE 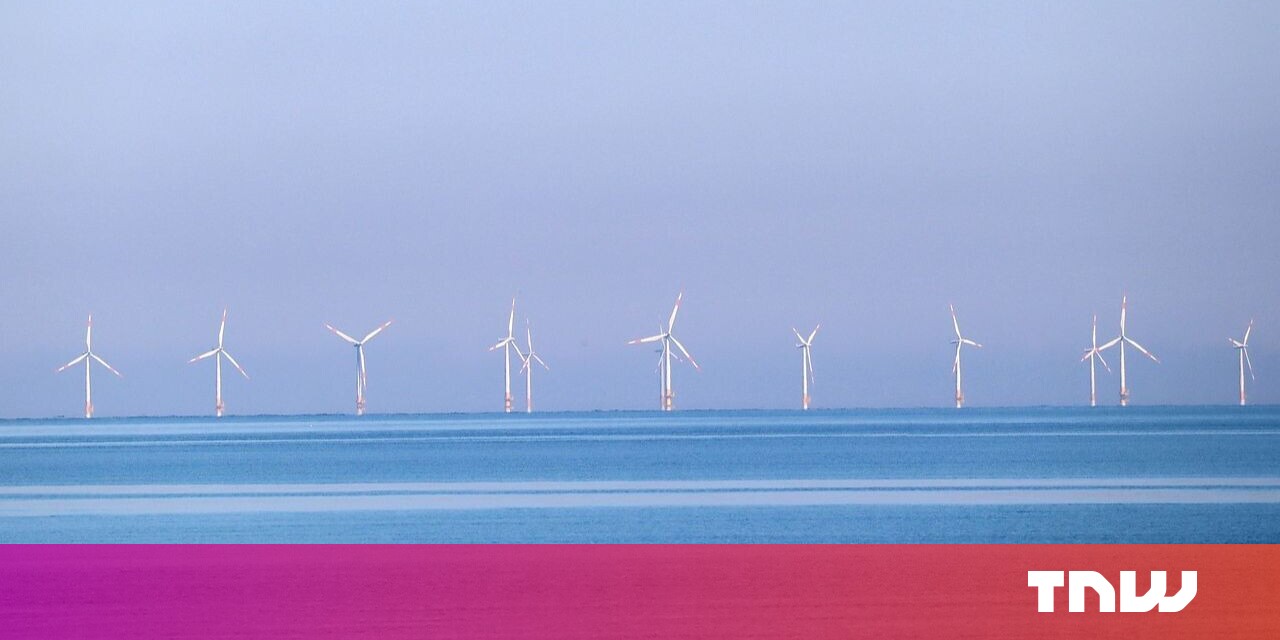 French startup Eolink u2014 in collaboration with 15 European energy partners u2014 will install a 5MW floating offshore wind turbine in Bulgaria by 2025. This is part of the EU-backed Black Sea Floating Offshore Wind (BLOW) project, which aims to… READ MORE

No option for farmers but to advance struggle

AGRICULTURE is among the neglected, but a very important sector for our economy. Even in todayu2019s Bangladesh, a large majority of rural peopleu2019s livelihood directly and indirectly depends on the agricultural economy. Yet, the sufferings of the farmers are escalating… READ MORE 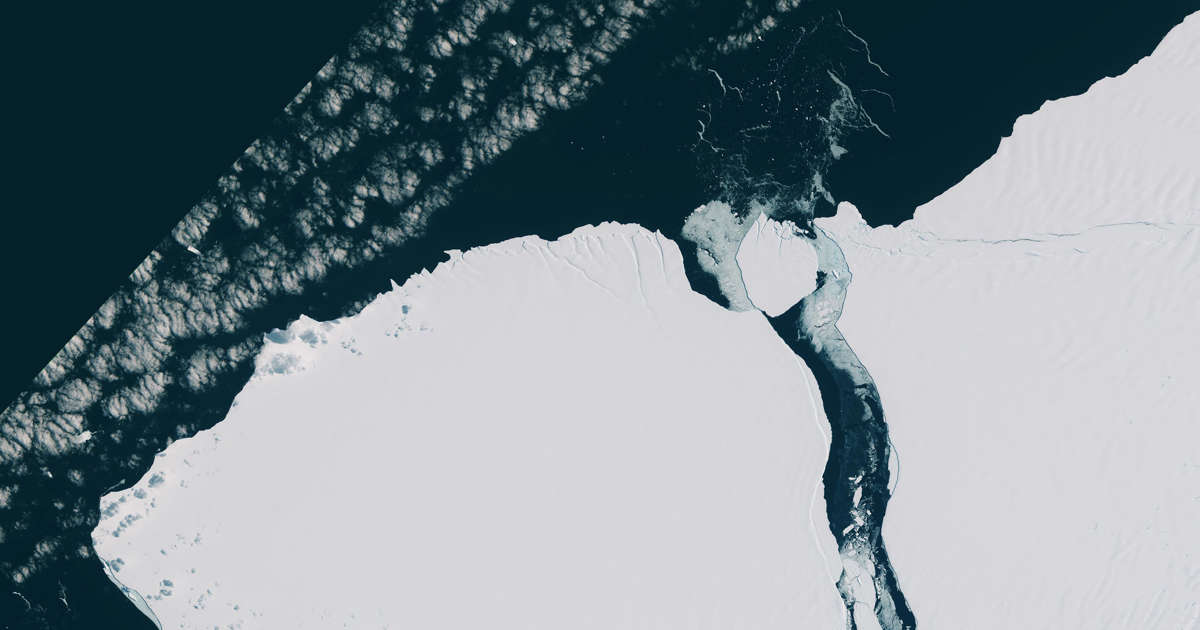 ‘Natural behavior’: Why a London-sized iceberg breaking off of Antarctica isn’t concerning scientists

An iceberg almost the size of Greater London has broken free from an ice shelf and is floating away from Antarctica. A crack known as Chasm-1, which has been u201cdeveloping naturallyu201d over the last few years across the Brunt Ice… READ MORE
MORE NEWS