Climate Vulnerability is used to describe countries and natural systems (ecosystems) that are highly vulnerable to a warming planet and the affects of climate change. Quite frequently the most vulnerable countries are those who emit the least but are the most affected. This is known as climate injustice.

Rapid Arctic heating and melt are a threat multiplier, amplifying existing threats to climate vulnerable countries around the world.

“I haven't seen destruction of this scale, I find it very difficult to put into words... it is overwhelming." Foreign Minister Bilawal Bhutto Zardari 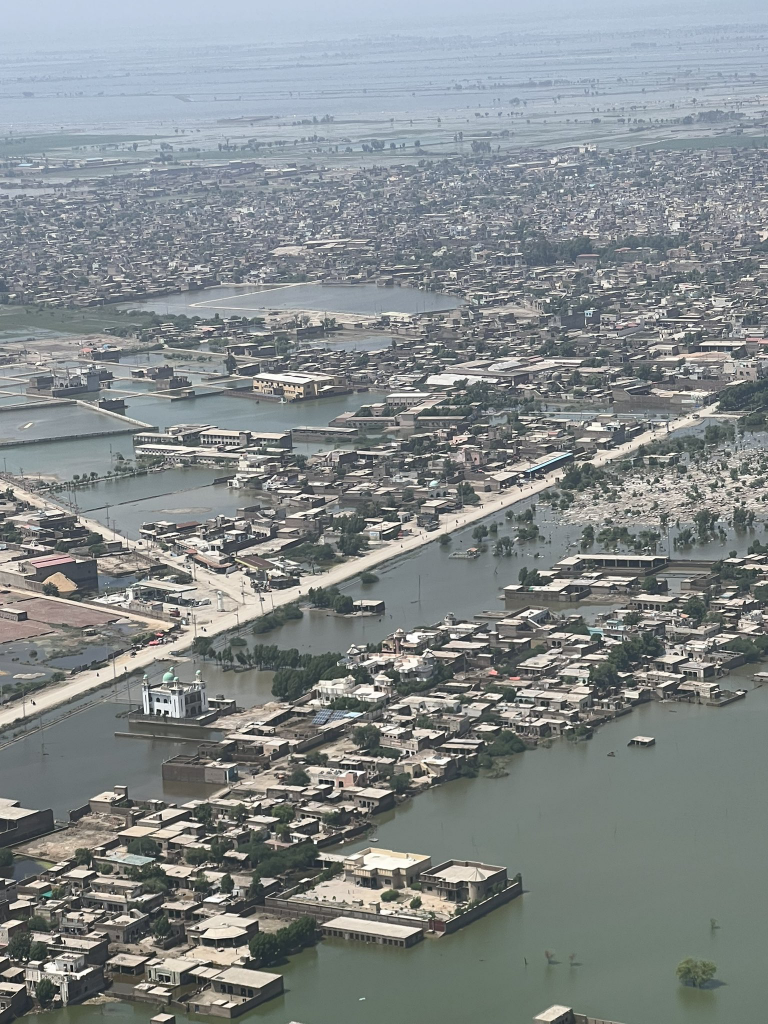 Pakistan and its population are experiencing the very real impacts of climate injustice. Pakistan is responsible for HALF OF ONE PERCENT (1) of global CO2 emissions. Overall planetary warming is making monsoons stronger and increasing the country’s glacial melt. Arctic melt is a significant contributor to global temperature increase.

In July Pakistan’s monsoon brought an approximate 307% and 450% increase in rainfall in the worst affected southern-most provinces of Sindh and Balochistan respectively throughout July. National rainfall over July was 180% above average (2).

This was followed in August when the country experienced an approximate 726% and 590% increase in rainfall in Sindh and Balochistan respectively. National rainfall over August was 243% above average (3). Out of the 33 million affected people (4), over 1396 people (5) have lost their lives (458 of whom are children), making the flood the country’s deadliest disaster since 2010. Livestock lost currently stands at 750,223 (5). Currently, one-third of Pakistan is submerged, with the Indus River having overflowed and created a 100 km wide inland lake across Sindh. Similarly, Lake Manchar, the country’s largest freshwater lake, overflowed on 6 September 2022, inundating over 100 villages across Jaffarabad and Bubak districts (not yet the more densely populated cities and towns of Sehwan, Dadu and Bhan Syedabad) and displacing over 125,000 people (6). This is a tremendous humanitarian disaster.

How Does The Arctic worsen Pakistan flooding? As the Arctic melts, it reflects less of the sun’s energy back to space, and thus temperatures around the world rise. The loss of the Arctic’s white ice and snow is amplifying global warming, which in turn increases evaporation from the ocean and land areas. The extra atmospheric moisture feeds storms and the monsoon, increasing the likelihood of extreme precipitation episodes. With warmer temperatures come stronger monsoons (7).

To a smaller degree, the warming is also melting Pakistan’s glaciers, which can lead to flooding. Although this has had a smaller role in 2022 flooding than the monsoons, melting glaciers add water to a system already stressed by monsoon flooding.

Take a look at the LATEST DATA to see the change happening in the Arctic.

What is the cost to Pakistan? Initial assessments of the flood’s economic damage reaches at least US$30 billion (11).

As Pakistan is responsible for less than 1% of the world’s greenhouse gas emissions while ranked 5th among countries most affected by climate-related extreme events (12), the 2022 flood disaster is a salient example of climate injustice and the obligation of high polluting nations to pay for loss and damage. 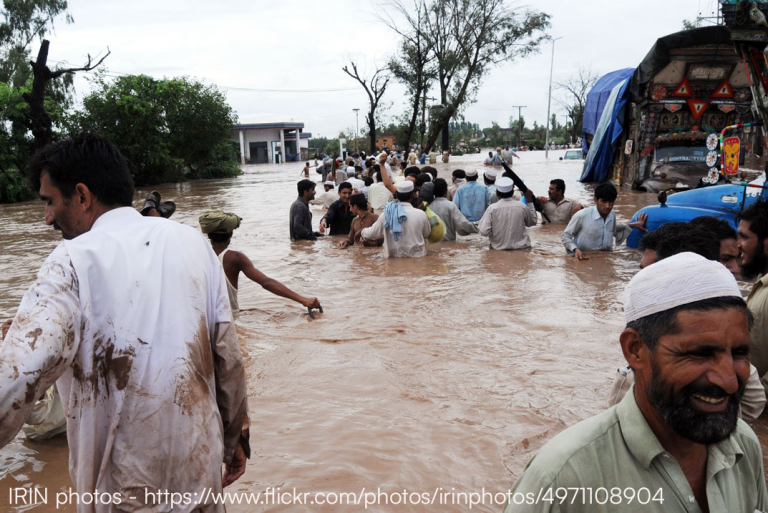 Whilst Pakistan has improved its preparedness and response mechanisms significantly since 2005 (13, 14), preparedness is simply not enough when hit by such a violent monsoon. Mitigation, not just adaptation, is needed. Disaster risk reduction (DRR) and climate change adaptation (CCA) are two such practices that need to be debated during COP 27 negotiations alongside loss and damage policies to help those countries disproportionately affected by worsening climate change.

The 2022 flood is not a one-off event for Pakistan. The country is hit repeatedly by floods, and other extreme events such as, drought and some of the world’s hottest heatwaves. The impacts of these are cumulative, as evidenced by Pakistan being the fifth most affected by climate-related extreme events (12).

Click to see other global risks and how they affect the world: