News & extreme weather in the Arctic & beyond

Arctic change has global risks. Our news and alerts highlight extreme temperature or weather changes in the Arctic and around the globe.

NEWS JUST IN! The Arctic IS warming faster than we thought. In fact FOUR times as fast as the global average. A report published today in the scientific journal, Nature, states that between 1979 and 2021, the Arctic has warmed an average of 4 times the global average, which has generally not been captured in model datasets, usually showing only 2-3 times warming. This increased rate, reaching 7 times faster in some regions in the Barents region and well known to be a result of Arctic amplification, has been picked up through several observational datasets. Critically, the heightened pattern of the last 43 years indicates that the models traditionally used to calculate the climate around the world are unable to account for the full effects of Arctic amplification and underestimate the changes happening in this critical part of the world. Arctic change has ramifications far beyond the Arctic Circle and the effects can be felt around the globe.

Read the full article on Nature.com 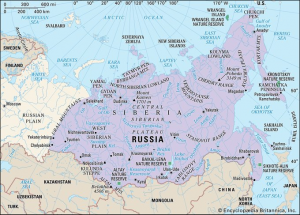 Alterations in the jet stream can create persistent and intense heat domes. One such heat dome over Siberia has triggered record temperatures throughout the territory. Not only are residents dealing with the effects of heat stress, but the heat accelerates thawing permafrost, which leads to outbursts of methane gas and billions of dollars of infrastructure devastation. 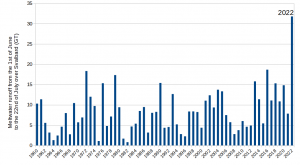 Svalbard is experiencing unparalleled ice loss with this summer’s cumulative melt being twice previous records. This is, in part, due to a temperature anomaly of +5°C (average from 1 June), contributing to the warmest summer ever in the archipelago in an area already melting 5-7x faster than the planetary average (citation from Norwegian Meterological Office).

Numerous large-scale wildfires have been burning in Alaska since the beginning of June. Some of these fires have been inside the Arctic Circle. The impacts of the fires have been to significantly degrade air quality across the state and some thick smoke plumes have been observed crossing the Beaufort Sea and Arctic Ocean as far as northern Greenland.

Warming Arctic temperatures, associated both with early snowmelt, increased vegetation, drought and also increased vapour in the atmosphere associated with increased lightning storms, have primed Alaska for an exceptional fire season, which so far is on track to surpass the record 2004 season that saw 6.5m acres burned. Adding fuel to the fire is that brown carbon from the wildfires drifts toward the polar regions, where it accelerates Arctic warming.

This article from The Guardian tells you more about the impact on the region.

Another week, another parade of simultaneous heatwaves around the Northern Hemisphere, and the normally chilly Arctic is not immune. Much-above-normal temperatures are roasting eastern Scandinavia/western Siberia, far northeastern Asia, and northwestern North America. The Arctic is warming at least 3 times faster than the globe as a whole, fueling tundra fires, speeding the melt of land ice and sea-level rise, and accelerating the thaw of once permanently frozen Arctic soils. Rising concentrations of heat-trapping greenhouse gases, due mainly to burning fossil fuels, is the underlying disease causing these symptoms. We have the tools and power to slow this change, but what we lack is time. Actions must be swift and substantial to avert a worsening epidemic of extreme weather events.

Find out more from Scott Duncan and Zack Labe on Twitter.

What are the risks? Find out HERE.

Norway’s Meteorological Institute has warned the high temperatures are a clear signal of climate change. Average temperatures in Banak, in Norway, for June typically stand at 13C (55F), currently above 30C (86F).

This article from Sky News highlights the extremes of weather experienced globally in June 2022.

Rapid warming and sea-ice loss in the Barents and Kara Seas area are an unmistakable consequence of increasing greenhouse gases. The monumental changes in this region will have devastating impacts on local marine life and humans, and may also be causing more frequent disruptions of the stratospheric polar vortex. When the vortex becomes disrupted, a variety of extreme weather events are observed around the Northern Hemisphere. While the research on this complex linkage is still unfolding, remarkable changes such as this should ring everyone’s alarm bells.

Read more in The Guardian